Are There Classes to Study Cultural Differences in Psychology? 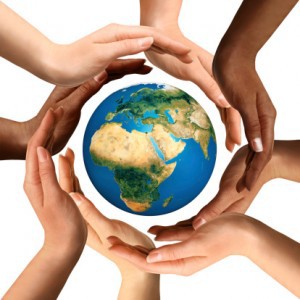 Different ethnicities, social groups and religious entities across the globe have different social norms, so it is important to keep cultural differences in psychology in mind when studying to become a therapist.

Just as a quote taken out of context can mean something starkly different from the speaker’s original intent, so behaviors of individuals in a certain culture can be vastly misunderstood by outside observers unfamiliar with that society’s customs and norms.

The perception of behavior as “abnormal” is based heavily in the observer’s cultural understanding. To better understand this concept, take a look at the following list of behaviors and make a mental note of which seems “abnormal” to you.

The man hugging a stranger is at a baseball game. His team, which has played poorly for several prior seasons, has just won the pennant. His behavior is similar to several others around him.

The woman who lost her husband is fairly young and concerned with physical fitness. Each morning, she gets up early to go on a walk through the neighborhood. Since the death of her husband, she has developed the habit of praying the rosary while she walks as a source of personal comfort. While this might not be common behavior in her neighborhood, it certainly doesn’t necessarily fall into the category of abnormal behavior.

The teenager is at the movies with friends. When an important character dies during the action, several people in the theater can be heard sobbing.

The widower is a member of a Native American tribe. Rather than bury the body of his wife, he is following an ancient custom of his people and allowing the body to naturally return to the earth. Not everyone in his local community participates in this type of ritual, but it is a sacred act that is both legal and accepted by members of his Native American community.

All of these scenarios provide examples as to why it is important for psychologists to evaluate not only an individual’s behavior, but also their circumstances and cultural influences.

During the past 20 years, psychologists have become increasingly aware of the importance of cultural sensitivity in the diagnosis and treatment of mental illness. Thanks to this growing awareness, degree programs in psychology, counseling and social work have begun to incorporate classes, discussion and training on cultural influences that affect behavior and cognition. Exercises similar to the one in this article inform students of psychology and help open their eyes to the diversity of cultural situations in our world.

If you are interested in the study of psychology, it is important for you to understand the influence of society and culture on mental health. Be sure to enroll in a program that emphasizes the importance of cultural differences in psychology and counseling.

Related Resource:  What Ethics Classes are Required in Master’s of Psychology Programs?