What is Personality Psychology?

Personality psychology is a very broad area of psychological study involving the observation of the concept of personality and how it differs among people. This area of psychology looks at the overall psychological makeup of people, the psychological differences among individuals and the similarities found within human nature. Because it is such an open field with many dynamics, let’s try to break down the subject in order to be better understood. 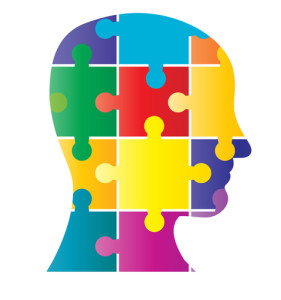 Personality is such a complex concept that there really is no one specific definition within the field of psychology. In general, personality is a unique set of characteristics within a person that work to influence their beliefs, motivations, emotions, behaviors and even their environment. Personality can also refer to the ingrained patterns of thoughts, behaviors and motivators that develop throughout their life cycle to influence the way they perceive the world around them, as well as their beliefs, self-perception and attitude. The study of personality, with regard to psychology, has been taken on over the years through numerous theories. These theories shape and influence individual practitioner and researcher views on the subject of personality psychology. While one particular theory may guide an expert’s practice, most psychology professionals combine theories to make sense of personality and to help people to move toward psychological wellness.

Psychological theories regarding personality are numerous, however, they all fall within an overall framework of theory types. These types include trait theories, type theories, psychoanalytic theories, behaviorist theories and humanistic theories. There are others, but these are the most common.

Trait theories focus on the psychological traits that are generally stable over time. These traits are an individual’s patterns of understanding and dealing with the world around them. Traits are different for all people, and they tend to influence an individual’s behavior. Type theories analyze personality type or how people are classified. Type theory tends to look at personality based on absolutes, rather than in varying degrees on a continuum as trait theory does.

Psychoanalytic theory was founded by Signmund Freud. These personality theories explain human behavior through interactions between the different components of personality. Psychoanalytic theories observe and analyze psychological conflict and resolution. Behaviorist theory, on the other hand, looks from outside a person and examines the way outside events and interactions influence behavior.

In social cognitive theories, behavior is guided through expectations or cognitions. These cognitions are in regard to the expectations and beliefs one has about the world around them, particularly the people in their lives. These theories place emphasis on the cognitive processes of thinking or judging. Humanistic theories revolve around the idea that people have free will. These theorists believe that the subjective nature of each individual’s experience influences their behavior and relies on the individual to come to their own conclusions regarding this behavior.