What is Bipolar Disorder? 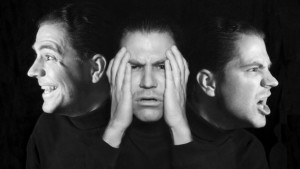 Bipolar disorder causes manic-depressive behaviors characterized in psychiatry as chaotic and delusional. The severity of the disease depends on numerous genetic and environmental factors and may require hospitalization to prevent its consequences.

The exact cause for vulnerability to bipolar disease is not known. Scientists believe that there is a group of factors which contribute to the development of the illness. Among them, is heredity. If a individual’s biological grandparents or parents had the illness, it is more likely the children carry the affected gene or group of genes responsible for producing the disorder. New brain-imaging methods of detection are being implemented to better understand how the brain of a bipolar individual functions. There is now enough evidence to believe that the brain of an affected individual operates differently than that of a healthy person. As more study results become available, physicians might be able to better predict the outcome and the course of treatment in the future.

The symptoms of bipolar disorder are extreme and often severe and many times can cause employment problems, damage relationships and foster overall poor personal performance. The affected individual swings from one end of the spectrum to the other very quickly. These episodes are described as mania or depression. During the manic episode, the person experiences abnormally elevated sense of joy, racing thoughts and restlessness. It is typically followed by a depressive episode with feelings of sadness, despair and worthlessness. In severe cases, people suffering from the disorder frequently entertain possibilities of suicide.

The Diagnosis and Treatment

Bipolar disorder usually develops during adolescence. According to statistics provided by the National Institute of Mental Health, 5.7 million Americans suffer from this ailment every year, and many are not properly diagnosed or treated for several years. The disorder is more difficult to detect in children and young adults, as the symptoms often mimic other mental conditions such as attention deficit disorder, oppositional defiant disorder or conduct disorder. There is presently no cure, but the onset of the illness can be monitored and effectively managed through the use of medications, changes in lifestyle and exercise regimens. In addition, psychotherapy sessions have been proven to be beneficial when incorporated into the treatment plan.

There are many different degrees in which bipolar disorder may manifest itself. Many people experience such mild symptoms that they can lead normal lives without the need for therapy, drugs or medical intervention. However, left undiagnosed and untreated, this type of mental illness typically progresses into more severe stages. Children are at special risk as their typical tantrums are often dismissed as unruly behavior and may not be properly diagnosed. The disease then advances into adolescence and adulthood when it may become extremely difficult to control. If there is a family history of bi-polar disorder, it is recommended to seek the help of a knowledgeable physician who will be able to make the correct diagnosis and create an appropriate treatment plan specifically tailored to the patient’ needs.