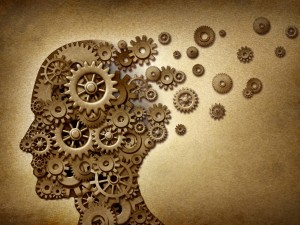 In the past two centuries, the world has seen many changes and developments in psychology. These changes have been beneficial in helping professionals better understand human behaviors and thinking patterns. They have also helped shed light on conditions that used to seem mysterious. These are five of the most influential icons in the field of psychology.

Capella University
Featured Program: Online programs include a BS in Psychology, as well as Master's, PhD, and PsyD programs in over a dozen specialty areas.
Request Info

After earning his PhD in 1931, Burrhus Frederic Skinner conducted research with Harvard University until 1936. He then became a teacher and taught psychology in several universities until he retired. Although he was mainly a teacher, he was also an academic, an inventor and a well-known author. His most notable work was “Beyond Freedom and Dignity.” As an inventor, his most popular inventions were the Skinner box and the air crib. He earned the Scholar Hall of Fame award in 1997 along with several other prestigious awards in the 1990s for his many brilliant theories and inventions.

Sigmund Freud was one of the most brilliant psychologists in history. He was invited to attend the University of Vienna at age 17, and he graduated there with a PhD in neurology. Although he was most known for his theory of psychosexual development, Freud also had notable theories of the development of conscious and unconscious minds, the defense mechanisms concept and dream interpretation. He also developed the structural model of personality that included the id, ego and superego. Freud was known for his superb ability to use simple analogies to sum up complex theories.

Jean Piaget was a Swiss psychologist whose career consisted mostly of research and teaching. He taught at multiple universities and served on several Swiss research councils. In his research and theory development, Piaget focused on the cognitive development of children. He believed that children moved through four separate stages as they grew, which included the sensorimotor, pre-operational, concrete operational and formal operational stages. Piaget also developed the idea that children use schemata as symbols to organize knowledge and understand the world.

For most of his career, Albert Bandura taught at Stanford University. His work reflected a holistic perspective of human cognition, and he believed that human behavior was influenced by rewards, responses, cues and drives. Aggression was one of the human behaviors that was of particular interest to Bandura. In one of his most famous experiments, he observed the behavior of children after they watched different types of movies. The children had a Bobo doll in front of them, and the children who watched videos with physical harm hit the doll while the ones who did not watch that type of video behaved better.

Erik Erikson spent most of his career working as a child psychologist and a teacher. In his early childhood, Erikson struggled with developing his identity. Perhaps this was what led him to later form his theory of development, which included eight stages. The theory is widely used today and is one of the most famous developmental psychology theories. In each of the eight stages, there are conflicts that a human must face, and experiences or outside factors influence whether they move forward in development or remain stagnant. During his life, he spent a great deal of time helping challenged youth.

As a study by the University of New Mexico shows, eminence in psychology typically comes later in life. However, it is never too early to start learning and developing ideas. The first step in seeking knowledge is to find the right psychology degree program.